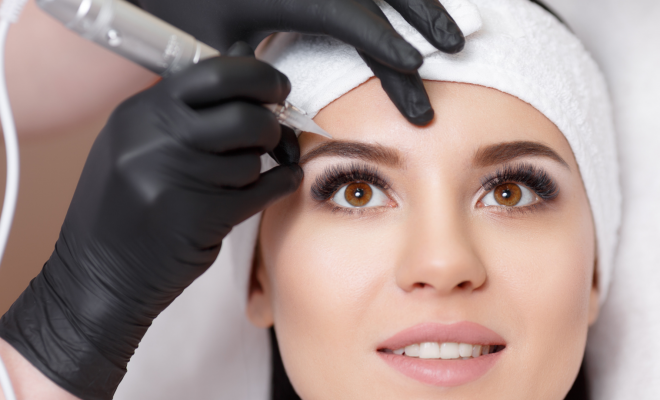 The Los Angeles-based permanent makeup salon comments on a recent article that the leading edge solution for eyebrows is on the rise as more women see its benefits.

An August 5th article on The Stylist addressed the most frequently asked questions people have about microblading. The article discussed topics such as what exactly the procedure is, how long it lasts, and what having it done feels like. Beverly Hills Permanent Makeup comments that women worldwide are becoming more and more interested in microblading as they realize its long term benefits when it comes to convenience and beauty.

The Los Angeles-based salon notes that microblading’s rise in popularity may be partly due to the comeback of full, thick eyebrows. Women who have over plucked their brows in the past may struggle to naturally regrow them, Beverly Hills Permanent Makeup says. Now that boyish eyebrows are all the rage, the salon says achieving this look as part of one’s daily makeup routine can be time-consuming and even frustrating.

For those who have difficulty drawing or filling in eyebrows, microblading in Beverly Hills at their offices provides women with perfect brows from the minute they wake up in the morning, Beverly Hills Permanent Makeup says. Women can have salon-worthy eyebrows without having to fuss over brow gels, pencils, or creams, the clinic adds.

Your Brand Of Beauty is focused on finding, testing, and sharing reviews on all of the beauty and wellness brands we can get our hands on - from the tried-tested-and-true to cutting-edge products, and the hidden gems that are just under the radar. We're always on the hunt for the best makeup, beauty deals, and looking out for the newest beauty and wellness product releases.